In her article Self-Regulation Doesn’t Exist!!
Robyn Gobbel, LCSW explains the importance of co-regulation and how we as parents or caregivers , even trusting loving partners can be so instrumental in helping others regulate their emotions. As Robyn states so well “What really works isn’t teaching self-regulation. It’s giving children experiences of co-regulation over and over and over again. Until their brains literally take in and imprint the regulated adult. Then the coregulation becomes internalized…but it’s still coregulation.” That’s what I love about Child Parent Relationship Training, that’s what I love about play therapy and involving the parents in my work. It’s all about the Relationship. Parents finally learn to demonstrate and affirm to their children “I am here. I hear you. I understand you.” In providing that Circle of Safety, the child learns to self-soothe, have freedom to express, share, explore and heal.  It’s powerful and it works!

As parents, we know it is our role to prepare our children for the world they will live in. But we also want to protect them. We experience their growing independence and we become fearful. How do we navigate all these choices and freedoms the world offers them? How do we guide them? Instruct them? While also protecting and sheltering them?
Susan Merrill, founder of iMom and author of “The Passionate Mom: Dare to Parent in Today’s World” offers some great guidance in her 26 page Ebook  “How To Prepare Your Kids for the World”. She helps parents, such as you and I, navigate our role as Wall and Gatekeepers for our children – covering everything from choices, school, friendships and free time to electronics, cell phone, social media, driving, dating, and college. Merrill states “You are so many things to your child. You are a wall—the one who will vigilantly protect your child. And you are the gatekeeper—the one who will diligently train your child for a future beyond the wall. The wall is the foundation for protecting, and the gates are the opportunity to test your child’s readiness to live well outside the wall.”
Attached are the links to her article in iMom as well as her Ebook. I hope you enjoy them as much as I have.
And for more resources, please check out iMom (www.imom.com). It is by far one of my favorite resources as a therapist and parenting educator.
Good reading!
How to Prepare Your Kids for the World — iMom
prepare-your-kids-for-the-world

As I’m trying to get my own life more organized this year, I think of all the parents, tween and teenagers that want this year to be different!  In 2017, clutter just seemed to pile up everywhere, on the floor, kitchen table, in front of doors, in bedrooms, living rooms, and then carried on over to school lockers. As a result, they couldn’t find anything, papers got misplaced, ripped or even lost and assignments are forgotten. Stress builds up, panic sets in, kids get overwhelmed and shut down. Parents are praying for an end to all this – and hoping this year grades will go up, papers won’t get lost and assignments will get turned in!
So I thought I’d share a couple helpful videos to get you started. Trust me, there are plenty out there! But perhaps this will give you a little taste…After all, you just have to get started!! And it all has to do with 4 things: 1)  a binder, 2) a color coding system 3) a backpack tag and 4) goals calendar! So here we go –
1)  This first video shows you how to organize your binder and school notebook in two ways: 1) in a traditional 3-ring school binder or 2) a non-traditional binder without rings (more like an accordion organizer)   Check it out here:  https://youtu.be/sjgKTS8Eu_Q
2) This second video gives you great Color Coding ideas!!! I wish I had known this when I was in school – I would have had so much fun with it! But of course, we didn’t have all the cool colorful materials that are out today!   Check it out here: https://youtu.be/DEQmfxiaSSg
3) Understood.org has some great resources. Here’s a cool little tool – a Backpack Checklist Luggage Tag your kid can put right on his/her backpack  (who’d ever think of that??)  Check it out here: BackpackChecklistLuggageTags
4) Finally, a printable Calendar with Goals for each month.   Check the Calendar out here: 2018 Goals Calendar A Printable Planner
ENJOY AN ORGANIZED 2018!! 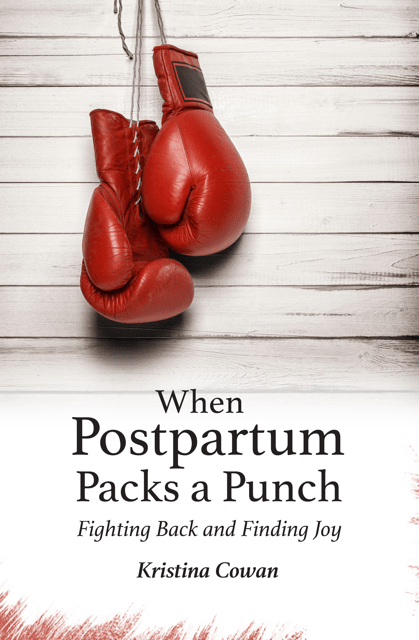 Kristina Cowan, author of When Postpartum Packs a Punch has recently been interviewed by Mark Williams of Fathers Reaching Out. Enjoy the interview below.

Love this post Hot cocoa breathing sensory art activity  by Kristina Marcelli Sargent who has a breadth of creative therapy interventions!! I”m definitely going to be doing a lot of “hot cocoa” breathing with my clients this Fall and Winter!

HI There! So I’ve embarked on this new journey called Private Practice and I’m now the owner of a wonderful group practice with amazing therapists! I’ve been encouraged to blog – to keep people informed, to show some authenticity, and be relevant with this technologically inclined generation.  So here I go…This is my very first post. Ever! I’m not a blogger – so this is SO new to me! But I am excited about what will flow from it. Whether I have some inspirational moments to share. Quotes. Scripture Passages. Or  I do enjoy expressing myself. As my clients can attest, i am expressive, creative, and engaged. I’ve always loved knowledge, new experiences and had a curiosity about life and learning. I process out loud – as my husband will attest to and I got a lot of passion.  I feel passionately – so I understand those with high intensity emotions. My ADHD clients, my highly sensitive clients, my High Intensity clients, Dysregulated… I get you!  Yes, that was me!! As a child, I had so many feelings. So many things that bothered me – sensory stuff all over the place. And it is with this understanding that I am driven to help those children and parents work through the challenges and giftedness of these special children. I love with passion. I care deeply about people and their problems. Friendships are important to me. I cherish my time with others.  I work with passion. It is my drive. To make a difference. To utilize the gifts God has given me to make a difference in this World. And I speak with passion. So that is why I love my work. Because it’s a passion in me – to see lives change, to play in the playroom and speak the child’s language – see his /her life and experience his/her world through the toys, the symbols, the sandtrays, the puppet shows, the art, the storytelling. To facilitate internal and interpersonal healing. Families healing and communicating. Adolescents coping more effectively with rapidly changing emotions and daily pressures of the World. Anxiety and Depression greatly diminished. Past wounds, traumas healed and hurts forgiven. It is so fascinating and rewarding.
I had a wonderfully rich childhood. My parents were loving. My father traveled a lot but he was a great spiritual leader for the family. And we admired him – respected him. My mother was a nurturing and neverending giver of affection and love. My friends loved her. God blessed me. She is the one that taught me to sit and listen. To ask questions and delve into people’s life stories. I realized how much difference one could make just by listening and showing how much you cared. I know now even in those early years she was mentoring me. Thank you mom!  I also had extended family members that bathed us in prayer as we moved and traveled…constantly. As missionary kids, that was our life. Change…New friends…Departures…Good byes…New beginnings…Good byes…So i understand how numerous changes and relocations can be challenging. Growing up in France, life was well, different. I did enjoy it and I cherish those years. Especially my friendships. My life was so culturally rich. I was bicultural, I experience so many things. I saw things from a different lens. I traveled and saw the beauties and marvels of this world.  Then I moved here,.. as an adolescent… What a Culture Shock!!!! I was excited to arrive to America – the land of the plenty! The land of opportunity! Where we would one day go to a great College! By God’s strength and grace, I was able to adjust, acculturate and learned so much about myself – families – people – cultures. I wanted to use my experiences to impact others. And here I am…
Now I have my own family. I love my family – husband and 2 boys. I love my dog Buddy. I love meeting new people. I love reading, learning new things, traveling, drinking coffee and good food (that’s definitely the French in me – please give me some good cheese, wine, french bread, and then pastry and I feel i’m in heaven!) and the great outdoors – which my husband has made me fall more in love with every day!
So that’s a little about me. I’m not sure yet what this blogging venture will be about…but you are welcome to follow along!  Blessings to you and all who journey along with me,  Rebecca Muyres, LPC, CPCS